How to create an Angular library

In the first post we built our application in AOT mode, now it's time to create a library that is AOT compliant.

Most of you are thinking ..."wait, is it not the same????" No it's not, unfortunately it is not an easy job to find good resources and angular.io doesn't help a lot for that.

Don't worry we'll figure out how to do it. First things first, of course, we need to write our code... we’ll assume that we have an awesome library containing a component that displays 'HelloWorld' (it will be an useful library :) ). 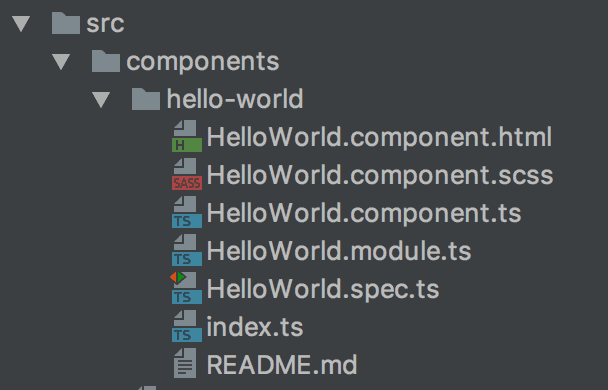 Nothing special here, in our library we have:

There's one file that requires more attention and it is the module.

By convention, the forRoot static method both provides and configures services at the same time. It takes a service configuration object and returns a ModuleWithProviders which is a simple object with two properties:

The root AppModule imports the CoreModule and adds the providers to the AppModule providers.

Ok! We've our awesome component, now let's build our library by creating the dist that will be used by another application. Unfortunately tools like webpack or rollup are not very helpful for that because they create one output bundled file (and it is not what we want).

In this case we've just one solution and actually it is the best one: the ngc compiler. The command is quite easy to use and it's:

The tsconfig file is:

Of course it is better to write this command in our package.json:

As you can see on line 11 with the build command we run 3 commands in sequence:

The first one deletes the dist folder, the second one compiles our source code and the last one is the tricky part. Ngc is unable to understand scss file so we have to manage it manually. We'll create a gulp file:

this gulp performs a couple of tasks:

The most important part is line 23 that does the inline resource (from Angular Material2 repo):

the output of the compiled component will be:

As you can see the templateUrl and the StyleUrls have been replaced by their content.

Well, we're done and the full example is available here! Technically there's a small caveat, the old deploy system like System.js etc requires an umd file. We can bundle our library in two possible ways:

The last little thing ( I promise it is the last one) is that in the github repo we have webpack for the tests (again ... keep in mind, tests are crucial).